Daizy is an award-winning filmmaker, journalist and entrepreneur. Originally her family migrated from Lebanon in 1970. She started her careeras a journalist in 1983 working with several international news organisations including News Corp, The Times and MBC in London. She was the first female sports journalist on The Australian newspaper and first female soccer writer in Australia. After moving onto the Foreign Affairs desk in 1989,she was one of an exclusive group of journalists who were invited to cover the signing of the Middle East Peace Treaty between Jordan and Israel in 1994. She has interviewed many Lebanese and Middle East political leaders including the late Yasser Arafat, senior members of Hamas, and political leaders in Israel.

In 1996 she released her first feature documentary film, Lebanon…Imprisoned Splendour, featuring movie star, the late Omar Sharif. This film challenged the western perception of Lebanon and explored the full, rich and hidden beauty that has characterized this ancient land for more than two millennia.She began production on ENOUGH! Lebanon’s Darkest Hour in 2016. She is CEO and Creative Director of marketing agency GDR MEDIA Group in Sydney and a mother of three. 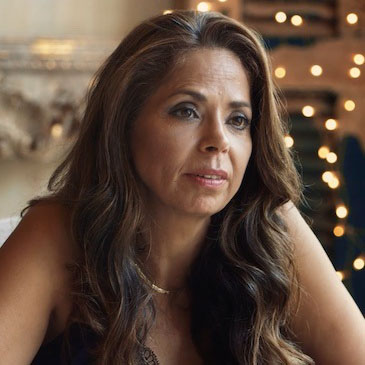 Daizy Gedeon is a Lebanese-Australian filmmaker, journalist, and entrepreneur.

Patrick started his career in the late 2000’s working on large Australian and US feature films. His list of early production credits include:Unbroken, Mad Max: Fury Road, The Great Gatsbyand numerous TV series and commercials. While developing his understanding of the film making process on productions, Patrick also undertook postgraduate studies at AFTRS receiving a Graduate Diploma in Screen Business in 2015. Since turning his focus to producing Patrick has produced the award-winning 2018 independent feature film Find Your Voice starring Keisha Castle-Hughes as well as numerous short films and commercials. Currently he is finishing the feature documentary Enough! Lebanon’s Darkest Hour and developing the slate of his latest venture Work In Progress Productions.

Patrick started his career in the late 2000’s working on large Australian and US feature films.

Ronny began his career treading the boards in the Sydney theatre scene. After roles in numerous plays including Funny Money at the Footbridge Theatre and The House of Ramon Iglesia, Ronny landed a role in the popular Australian drama All Saints. He later appeared in Rake and Underbelly – The Golden Mile. Most recently, Ronny was cast, in the soon to be released George Miller film Three Thousand Years Of Longing, alongside Tilda Swinton. In addition to his love of acting, Ronny has invested much time in his passions of writing and producing. He’s particularly enjoyed collaborating with Nico Lathouris (Mad Max Fury Road & Mad Max Furiosa) on the scriptKings Of The Cross and producing the feature documentary Enough! Lebanon’s Darkest Hour.

Ronny began his career treading the boards in the Sydney theatre scene.

Justin Hanrahan is an ACS award-winning cinematographer who has been honing his craft for over 25 years. During this time Justin has shot feature documentaries and drama all around the world. Justin began his career working in Hong Kongcovering international news and long format documentaries for major networks.From network TV he made the move into highend documentaries for programs such as BBC’s Natural History Unit and National Geographic. More recently Justin has turned his focus to drama working on a number of critically acclaimed series for HBO Big Little Lies (2017), Sharp Objects (2018) and currently The Rookie. Justin’s versatility and understanding of his craft have led to numerous award wins and nominations including 2 ACS Gold Tripods.

Justin Hanrahan is an ACS award-winning cinematographer who has been honing his craft for over 25 years.

Marcus D’Arcy is an Academy Award ™ nominated editor and legend of the Australian film industry. During his storied career Marcus has worked with many of the great Australian directors including George Miller, Jeremy Sims and Chris Noonan. Marcus’s career has spanned a wide range of projects from the critical and box office smash Babe to the iconic Mad Max franchise and more recently Rams, Farah and Enough! Lebanon’s Darkest Hour.

Marcus D’Arcy is an Academy Award ™ nominated editor and legend of the Australian film industry.

Georges Tomb comes from a long and vibrant lineage of artists and musicians and it was no coincidence that as a child Georges developed a deep passion for music. Starting his career as a classical composer Georges is the youngest person ever to have his music performed by the Lebanese Philharmonic Orchestra. After enjoying early success as a classical composer Georges has recently turned his talent to film scoring working on the feature documentary Enough! Lebanon’s Darkest Hour and upcoming projects with Producer Mario Kassar and Emmy Award winning writer Suzanne MaryaBaronoff. In between these projects he has also been working on a ballet adaptation of the classic tale Pinocchio to be performed by Italy’s Balletto Del Sud.

Georges Tomb comes from a long and vibrant lineage of artists and musicians.

A child survivor of the Lebanese civil war, Darina turned her traumatic past into her passion. She has graced the theatres in France and appeared on hit TV shows Homeland & Tyrant. Darina was recently given her French citizenship for her roles as an advocate for women rights.

Dr Walid returned to live in Lebanon in 2012 after spending 26 years in the USA. An outspoken advocate against the corrupt system he continues to stand up for justice, equality and equal opportunity.

Sister of the Shiite cleric Musa Al Sadr who gave the Shia population in Lebanon a sense of community and belonging. Musa disappeared in Libya in 1978 along with two other Lebanese who were on a mission to bring peace to the region and end Lebanon’s civil war.

The “shadow president”, son in law of President Michel Aoun and the President of the Free Patriotic Movement. In November 2020 he was sanctioned by the US government over charges of “systemic corruption”.

The youngest appointed Director-General in Lebanese history. In 2020 he resigned blaming the sabotage by vested interests of Lebanon’s economic recovery. Founder of The Lebanese Citizen Foundation which proposes to provide insights and policy for the political overhaul and public policies in Lebanon

An expert in Middle Eastern politics, his work focuses on U.S. foreign policy, Arab politics, and social movements in the Middle East.

She is a politician and doctor and a member of the Amal Movement, which is headed by the Speaker of the House in the Lebanese Government, Nabih Berri. She chairs the women and children parliamentary committee. In 2020, French President Emmanuel Macron awarded her the Legion of Honor.

While serving in Beirut, Fletcher pioneered a more open style of diplomacy, with many of his own blog posts going viral (Dear Lebanon and Yalla goodbye Lebanon). Currently he serves as the Principal Hertford College, Oxford University.

He has been a Member of Parliament since 1992 and has held ministerial portfolios since 2005 formerly serving as Minister of Energy & Water, Minister of Labor, and Minister of Administrative Reform. He is a moderate in the Hezbollah Party.

Former militia commander during the Lebanese Civil War he currently serves as Executive Chairman Lebanese Forces. Saad Hariri declared him the king maker in Lebanese politics for his secret deal with President Aoun.

A long-time civil society activist, she has founded and supported myriad regional initiatives to enhance the representation of women. Active member of the Committee for the Role of Women in Decision-making at NCLW.

He is the son of former President Amine Gemayel (1982-1988). He became leader of the party after his older brother, Pierre Gemayel, was assassinated by the Syrians in 2006. He is a progressive reformist who strongly believes in inclusive diversity.

Guy served as Ambassador to Lebanon. Following this she was appointed as a UN Women’s Representative.

The son of Rafik Hariri. He founded and has been leading the Future Movement party since 2007, an essentially Sunni movement that was created and led by his late father. He was the leader of the March 14 Alliance, a coalition of political groups born out of the Cedar Revolution which, through mass popular demonstrations and Western support, led to the withdrawal of Syrian troops from Lebanon in 2005 after a 29-year occupation.

Omar is one of the brightest lights of the emerging group of Lebanese entrepreneurs returning to Lebanon to establish a new business. He currently owns Sip Caf é in Beirut as well as a boutique hotel in the Gemayze neighbourhood which were destroyed during the port explosion on 4 August but since been rebuilt. Married to Hala Okeili.

Currently serving as State Minister of Presidential Affairs, he is a member of the Free Patriotic Movement and closely aligned to President Michel Aoun and Gebran Bassil. He served at the Special Tribunal for Lebanon (STL) as a legal advisor for the defence team of four Hezbollah members.

A legendary Lebanese actor, writer, producer and director. Born into a family of artists, he was four years old when he stood for the first time on stage during a school play about the Life of St. Maron, but professionally he began his theatre career in 1994.

Son of former President-elect Renee Moawad who was assassinated by the Syrian regime in 1989 one day prior to taking office. He is the founder and president of the popular Independence Movement party. In May 2018 he was elected to Parliament but resigned in protest following the August 4, 2020 explosion. He is a leading figure and founding member of the Lebanese Opposition Front and is a sovereigntist, reformist, and freedom-advocate.

The Yoga queen of Lebanon. A strong-willed, outspoken woman who left the law to bring the power of inner peace to the Lebanese and provide them an alternate focus to the anger and frustration that has dominated their existence due to Lebanon’s recent troubled history. Married to Omar Jheirand expecting their first baby on the anniversary of the explosion.

Lebanon’s favorite son and a true believer in his country. One of the world’s best known fashion designers he continues to create gowns for the world’s royalty, Oscar winners, musicians, artists and the who’s who of the international jet set from his Atelier in Beirut. He is the first Arab to be admitted to the fashion industry’s governing body, Chambre Syndicale de la Haute Couture.

One of the longest serving Central Bankers in the world. Currently under investigation by the French, Swiss and UK over allegations of conspiracy, embezzlement of hundreds of millions of dollars and money laundering.

A member of parliament for 10 years. Tueni is the CEO is of Lebanon’s most famous newspaper, An Nahar. Tueni is a 4th generation journalist and daughter of the assassinated journalist Gebran Tueni.

A politician of Armenian origins, she became the first truly independent politician to be elected to the Lebanese Parliament in 2018. Formerly a prominent TV journalist who worked on various networks including ICN, LBCI, ART and Future TV. On 8 August 2020 she resigned calling for a new government after the Beirut Port explosion. She was chosen by the World Bank group as a member of their ‘External Advisory Panel for Diversity and Inclusion’ as a result of her advocacy for women’s rights.