DAIZY GEDEON: MY FILM IS NOT A MOVIE, IT IS A MOVEMENT! 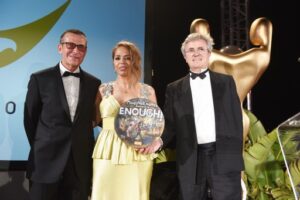 The documentary “ENOUGH! Lebanon’s Darkest Hour ”by the director and journalist Daizy Gedeon, who seeks to

highlight the challenges faced by the Lebanese people, has just won the “Movie that matters Award”, at Cannes.

How was the desire to create the documentary “ENOUGH!” Lebanon’s Darkest Hour ”born?

I made my first documentary in 1996 called “Lebanon … Imprisoned Splendor” where I addressed the misconceived image of Lebanon, as well as the conflict of identity felt by a majority of the Lebanese people. I would often be asked about the release time of my next movie, and my answer would be that the country has to grow and mature first. Then, when I came back to Beirut in 2015, a little voice in my head told me that it was time for me to work on a project about Lebanon. In 2016, that feeling was confirmed, however my little time spent here had lured me to believe in this very golden (and false) image of the country. A year later and after spending 6 weeks in Lebanon hopping from city to village and meeting with people from all sides, I became aware of this underlying and discrete crisis that was circulating. This is when I realized that I needed a real production, a budget, a team, and time, to work on this laborious project.

And just like that, the simple thought of starting a small documentary film brought me to a point where I found myself properly editing this ever evolving documentary whose ending has been changed many times due to a succession of unpredictable events that have shaken Lebanon since. This is how “ENOUGH! Lebanon’s Darkest Hour” was born, as if to report a story in the making. 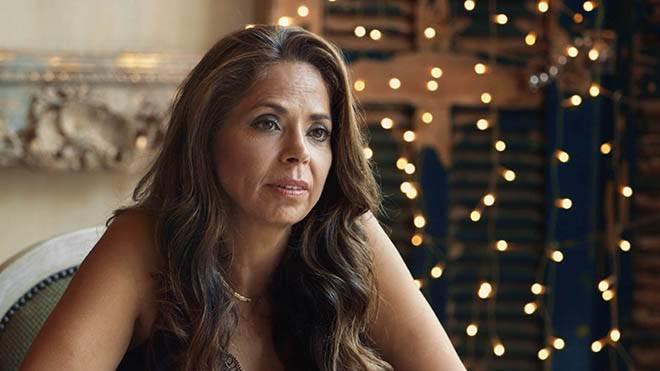 Precisely, why did you choose the word “Enough” in the title?

In fact, it was the word I heard the most on the lips of the Lebanese people, during the filming process. These words “Khalas, Enough is enough!” kept coming up and expressed something much bigger: the fact that the people can no longer take it, that they have hit rock bottom or reached their limit. And, at the same time, if we don’t wake up now, if we don’t act soon, the world will abandon us. This does not mean that we have to sell our souls to foreign agendas. It’s far from it. But rather to know how to play the game of diplomacy, which entails us to unite and create our own force as people with the aim of becoming  the one and only interlocutor to communicate and negotiate with these external powers.

How would you tell the story of this film in a few lines?

This documentary is a voice, the voice of the people, their tears and cries for help. The idea behind this film is on one hand to map out the last three years in Lebanon, undoubtedly the most crucial ones from the 2018 elections (where very few people went to the polls) until the big collapse of today, and on the other hand to continue to support the cause of the Lebanese people, and especially to awaken the conscience of the world. It seemed urgent to me that the world realizes what the Lebanese politicians are putting their people through, and that they keep talking about Lebanon which seems, lately, has been forgotten.

Knowing that you aspire to make the suffering of the Lebanese People more visible in your film, why have you given voice to many politicians?

As a journalist, and especially because this film is above all a documentary, it seemed important to me to remain as objective as possible. Even if it is obvious that I stand on the side of the Lebanese people, and their noble cause, I wanted to capture a complete picture of what is happening in the country at the time being, and, unfortunately, the politics and its figures represent an important element whose discourse analysis allows us to better understand the collapse and the Lebanese crisis. More importantly it also allows us to decode the reasons behind the allegiance of a significant part of the population, and perhaps even to alleviate it, to collect testimonies from the people in power. Afterwards, even though I did this for the sake of some sort of credibility, the truth cannot be hidden and the facts are there to prove it.

What does “The Movie that Matters” Award”, which the documentary has just won, represent for you?

Of course there is something magical about being in Cannes and seeing my work appreciated by experts in the field, and rewarded with such a prestigious award. But it’s not that. My film is not a film, it is a movement. A mission. Because I would like something to emerge from this documentary, for it to resonate with the Lebanese people as well as the whole world. So that we don’t forget Lebanon.