The eyes of the world have been forced to turn their gaze upon Lebanon, not only because of the Beirut Port explosion that devastated this ancient city on 4th August 2020, but also because, sadly, Lebanon stands as an allegory for kleptocratic regimes and their catastrophic impact that have seen a resurgence across the globe. 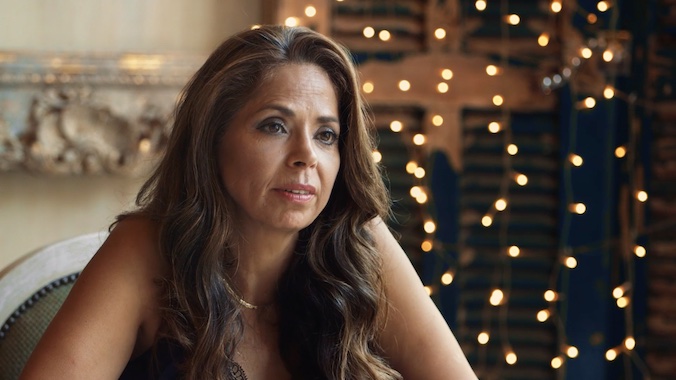 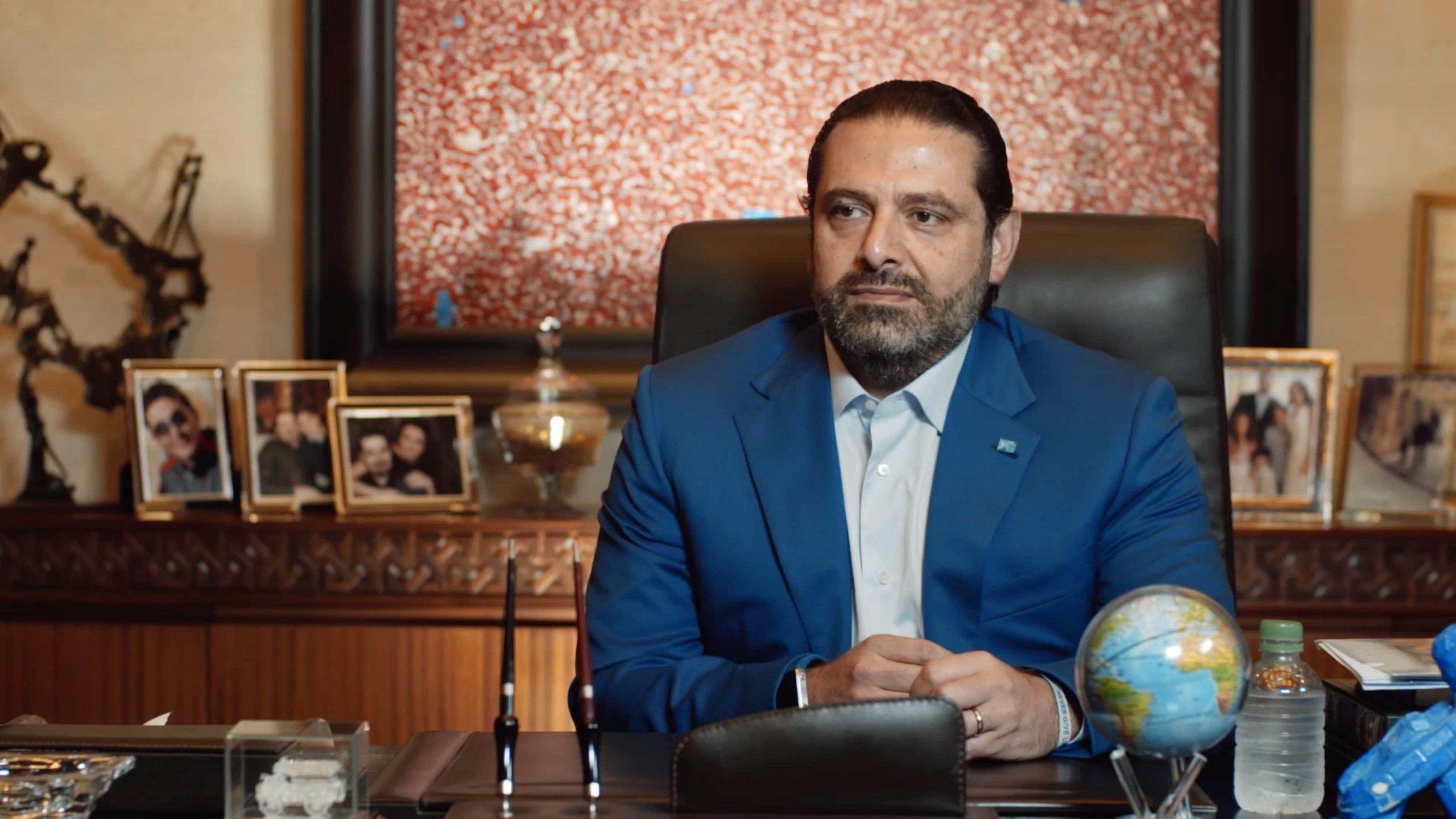 Before the explosion, the country was already cowering under the weight of decades of civil conflict, unrelenting regional turmoil but mostly from endemic, systemic corruption and pure greed.

Filmmaker and journalist Daizy Gedeon leads us on a powerful and personal journey behind the mask of lies and deception and into the heart of Lebanon, deep into the historic and psychological causes behind the erosion and destruction of Lebanon, once a battleground and breeding ground for terrorists and violent militias, and still a focal point of controversy in the tumultuous Middle East.

This will be the first feature documentary to be released since the explosion, and the first to capture exclusive and controversial interviews with many of the key political leaders prior to the explosion including Lebanese Prime Minister Saad Hariri (July 2019 first interview given to a western journalist in 5 years), former Foreign Minister Gebran Bassil, prominent Hezbollah minister, Mohammed Fneich (2019 first interview given by any member of Hezbollah to a western journalist since 2006), Dr Samir Geagea, Executive Chairman of the Lebanese Forces, former justice ministers Salim Jreissait and Ashraf Rifi, the heads of various political factions, the controversial Central Bank Governor, Riad Salame, among many others. These are the very men responsible for much of Lebanon’s current state of desecration. 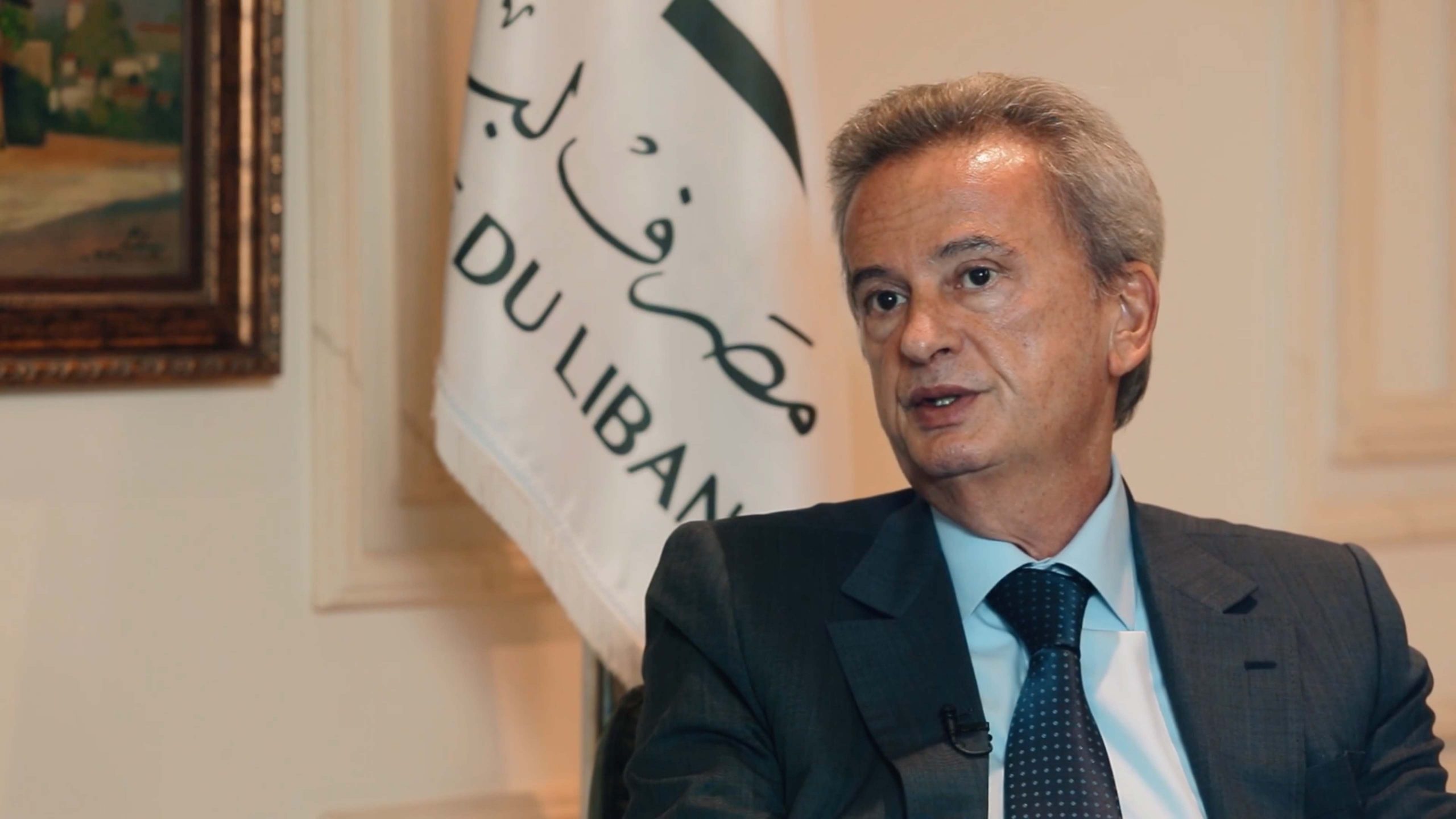 This film puts the spotlight on this ruling class and the manifold issues facing the country. Through incisive key interviews with whistle-blower, former Director General of the Ministry of Finance, Alain Bifani, Civil Activist, Dr Carmen Geha Professor of Public Administration at the American University of Beirut, academic and author,ThanassisCambanis, and Arab American Institute President Dr James Zogby, we blow the lid on the under-the-table, pie-sharing deals that have permitted many of the current political leaders, their families, and cronies to remain in power for decades.

The hard-hitting documentary gives an unparalleled platform to civil society leaders, the everyday man, woman and child whose lives have been destroyed and disrupted by the failings of an incompetent and complacent leadership who have brought the country to its knees, resulting in an unprecedented economic crisis that has witnessed the country default on its international loans for the first time in its history, left more than 60% of the population poverty stricken, unable to withdraw their own money from their own bank accounts, while billions of dollars belonging to the privileged elite were secretly spirited to offshore accounts only days before the March 2020 collapse.

The political confessional system, once universally hailed as the model of co-existence by other nations and even the Pope, comes under harsh scrutiny as a weak and impractical structure that provided the ideal environment and vulnerabilities that sanctioned the current octopus-like oligarchy to be created, and whose turgid tentacles reach deep into the bowels of society, and whose sting has resulted in countless assassinations and untold, unanswered destruction.

The film addresses the revolution and the global social justice movement that was triggered in 2019 among the diaspora who rallied to support their families and friends back home. It provides a powerful insight into the complex traditional and emotional loyalties among the people that stillthreaten any chance for change.

The people have a chance to save themselves, their future and their nation with upcoming national elections in May 2022. This film aims to be the trigger that launches a global movement #freeandfairlebanon to force real change.

Seen through the eyes of Lebanese-Australian journalist/filmmaker/businesswoman and mother, Daizy Gedeon, this film is the wake-up call for all people to stand against oppression and corruption by using their voice and democratic right to vote – VOTE FOR CHANGE!

Daizy Gedeon is an award-winning filmmaker, journalist and entrepreneur. She started her career as a journalist working with several international news organisations including News Corp, The Times, Channel 4 and MBC in London.

She began her writing career as a sports writer and was the first female sports journalist on The Australian newspaper and first female soccer writer in Australia which led her to the 1988 Olympic Games in Seoul.

After several years in sport, Daizy moved to the international desk to cover foreign affairs including the Lebanese civil war. In 1994 she was one of an exclusive group of journalists who were invited to report on the signing of the Middle East Peace Treaty between Jordan and Israel in Israel. She is a Middle East expert and has interviewed many Lebanese and Middle East political leaders including the late Yasser Arafat, senior members of Hamas, and political leaders in Israel.

In 1996 she released her first feature documentary film, Lebanon…Imprisoned Splendour, featuring movie star, the late Omar Sharif. This film challenged the western perception of Lebanon as a war zone, land of terrorists, kidnappings and car bombings by exploring the full, rich and hidden beauty, charm and history that has characterized this ancient land for more than two millennia – its imprisoned splendour.

In 2000, Daizy moved into the marketing and advertising industry and over the past two decades, she built a successful, independent, multi-media marketing agency, GDR MEDIA Group, in Sydney. She is its CEO and Creative Director.

She began production on ENOUGH! Lebanon’s Darkest Hour in 2016 after witnessing the growing dysfunction of Lebanese society and disintegration of public institutions and infrastructure as a result of corruption and incompetence. She decided someone needed to expose the truth and give the people a voice.

Daizy is the proud, single mother of three children, Teriza, Paris and Patrick. Originally her family migrated from Lebanon in 1970 when she was 5-years-old.

I began this film in 2016 after years of watching and witnessing the growing disillusionment, frustration, degradation, and poverty among the people of Lebanon.

I had regularly returned to my ancestral homeland since I released my debut film, Lebanon…Imprisoned Splendour, in 1996 which addressed the misperception of Lebanon, as portrayed by the western media, as a land of terror, car bombings and kidnappings because of the 15 year civil war from 1975-1990. But over the next 20 years, instead of seeing strides in growth and development, hope and opportunity, I experienced anger, desperation, and hopelessness among the people who were being forced to endure a system that couldn’t even provide reliable basic services and infrastructure – no roads, no clean water, no electricity, no garbage collection, no jobs, no justice...

As I investigated the cause of the suffering and hardship I discovered that the corrupt political system was supporting an archaic kleptocracy that served only big business and the traditional warlords whose stranglehold on the instruments of politics and power were choking the country and its people - my people.

This compelled me to leave the life I had built and my family, time and again over the next four years, to make this film and search for answers to explain how we ended up in such a state of catastrophe, and to lift the veil on the endemic culture of corruption that allowed for the calamity of errors and omissions that enabled the perfect setting, for the perfect storm that resulted in the perfect blast on August 4, 2020.

My goal in making this film is to give a voice to the people and a platform for their grievances, suffering, and loss no more pronounced than ever with the oppressive economic crisis and the compounding impacts of the Covid-19 pandemic. The way I have tried to bring this story to the world was by making it personal and taking the audience on the journey with me so they could experience the emotional trauma that the Lebanese are enduring.

I traveled around the world and have spoken to many members of the Lebanese diaspora in France, England, USA, Brazil, Canada, Mexico, and my home country, Australia, in my determination to gauge, from as wide a cross-section of people as possible, from all faiths, beliefs, ages, and persuasions, what the truth was and how we could save our beloved country.

From 2017-2019 I managed to secure exclusive interviews with current and former political leaders including the Lebanese Prime Minister Saad Hariri (July 2019 first interview given to a western journalist in 5 years), former Foreign Minister Gebran Bassil, prominent Hezbollah minister, Mohammed Fneich (2019 first interview given by any member of Hezbollah to a western journalist since 2006), Dr Samir Geagea, Executive Chairman of the Lebanese Forces, former justice ministers Salim Jreissait and Ashraf Rifi, the heads of various political factions, the controversial Central Bank Governor, Riad Salame, the first truly Independent Member of Parliament elected in the 2018 elections, Paula Yacoubian, among many others.

By the end, I had completed over 200 interviews including those with whistle-blower, Alain Bifani, who was Director-General of the Ministry of Finance from 2000-2020, and Civil Activist, Dr Carmen Geha Professor of Public Administration at the American University of Beirut and academic and author,ThanassisCambanis, we blow the lid on the under-the-table, pie-sharing deals that have permitted many of the current political leaders, their families, and cronies to remain in power for decades. Through our investigative journalism, we are able to join the dots and understand why and how the fabric of corruption persists and is permitted, despite all of the opposition, awareness, and rejection from world leaders, global institutions as well and the citizens.

I address the failings of the confessional political system, once universally hailed as the model of co-existence by other nations and Pope John Paull II, and reveal it to be a weak and impractical structure that continues to provide the ideal environment and vulnerabilities that sanctioned the current octopus-like oligarchy to be created, and whose sting has resulted in countless assassinations, untold, unanswered destruction, and a once sophisticated people and society to be on the brink of becoming one of the most impoverished societies and a failed state.

I explore who and how we can stop these oligarchs but also reveal grave concerns as to whether they can actually be stopped because they just don’t care. THEY are in complete control and have gained absolute power.

But I discovered one spring of hope lying dormant - the sleeping giant that is the Lebanese diaspora who total around 16 million people spread across five continents...but the uncertainty remains if this powerful force will awaken in time to save Lebanon from falling to the lions and relegate it to the growing scrapheap of failed and forgotten nation states.

“One should never write off the Lebanese”, former UK Ambassador to Lebanon, Tom Fletcher reminds us... “for they are the only race to have been forced to overcome the odds more times than any other people in history, and against the fiercest and most feared opponents.”

But the difference this time is that the enemy is the Lebanese themselves.

The last question to remain is:

Are the good and just Lebanese ENOUGH to end LEBANON’s DARKEST HOUR?